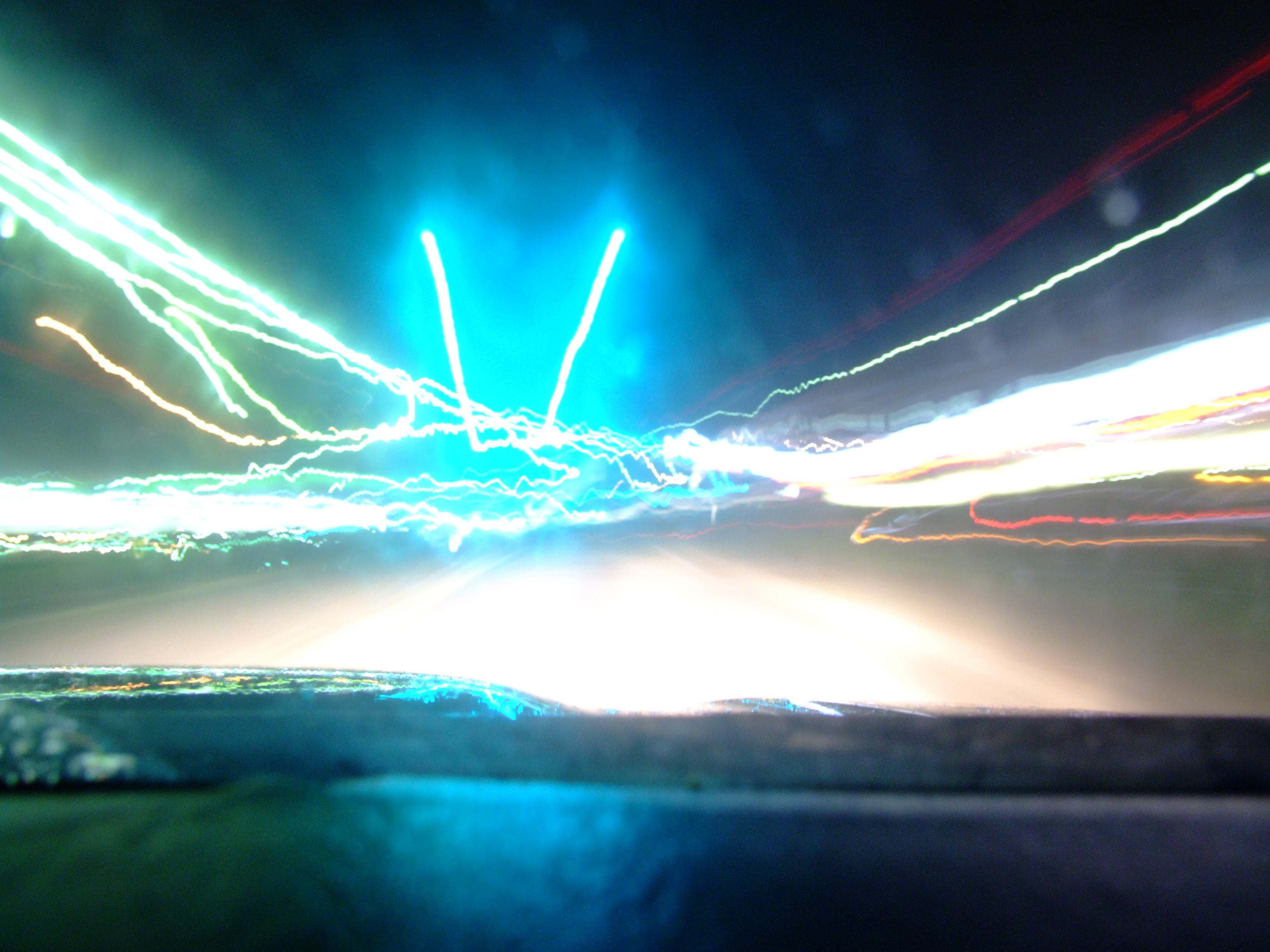 One of my first digital subjects was the streams of light out the back window of a car at night. A long exposure with moving car made the streetlights look awesome.

I still come back to it occasionally, either from a static position with a tripod, watching cars go by. I also occasionally do it like this: from the dashboard of the car while driving. Shortly afterwards I bought a window-mount for the camera so I can avoid losing half of the image. This was taken during heat lightning (which was what I was going for). I didn’t really get much, but some cool lightstreams were there nonetheless!